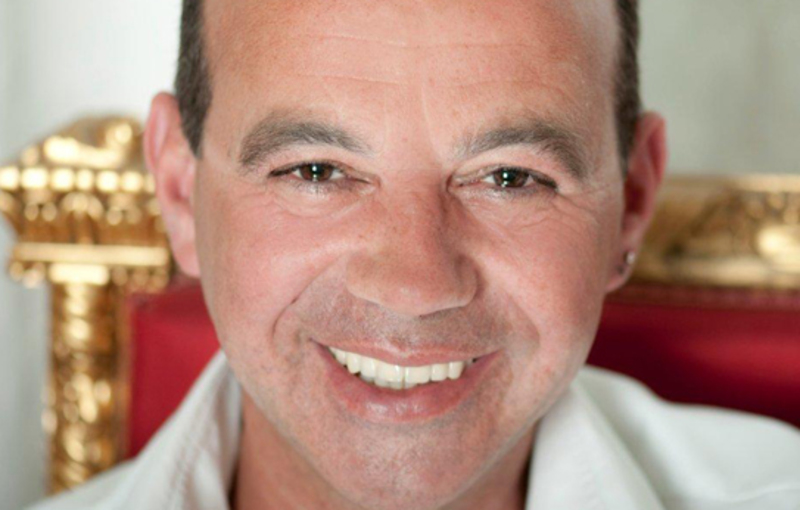 lived in France, Denmark and Germany

drama school with majors in

1984  began professional activities as a painter and sculptor,

1986  received the „ Award For Outstanding Italian Artists of Lower Saxony“

at Wolfsburg for the oil painting „Journey to Parabita“

1987  resides at Bielefeld and opened his studio;

numerous exhibitions in galleries and on Art Fairs throughout

Braunschweig,  Tecklenburg) listed in the German edition of „Who is Who“

television report in WDR about his work as well

as radio report in Radio Colonia

1988  numerous articles about his work in newspapers and magazines

Development of a collector's circle in Germany and Italy

(at Bologna, Venice, Ferrara and Rome)

1990  developed the technique of combining forms and themes

of traditional Italian and modern art,

1991  created his own style of "Concrescismo", as merging

of traditional and contemporary

1992  selected by a committee of the City of Venice

to exclusively exhibit at the gallery

for Mestemacher GmbH in Gütersloh, design

of first edition of collector bread cans, reproduction of painting

1995  design of second edition of the "PANEM ET ARTES"

Messages to the Empire of the Cock"  Oil on Canvas),

"The Lion    of Venice" for Mestemacher GmbH in Gütersloh

in the Jodokus-Church in Bielefeld

jury member of the StartGalerie, project of the Kinderschutzbund Bielefeld

the patron and the first Chairman

2012  Works to religious sculptures for the church St. Martinus

and the city of Olpe

and picture for the in the end of 2013  blessed spoken

Maria Theresia Bonzel in the cathedral of Paderborn

2014  „The three-dimensionality of the colours“ and sculptures,

in the lecture hallo f Sennestadt-house

2016 Exhibition “The Three Dimensions of Colours”

in collaboration with soprano Claudia Oddo

"Apulian Excellence in the World" under the patronage of Foreign Affairs                         and International Cooperation, the Puglia Region and the City of Taranto