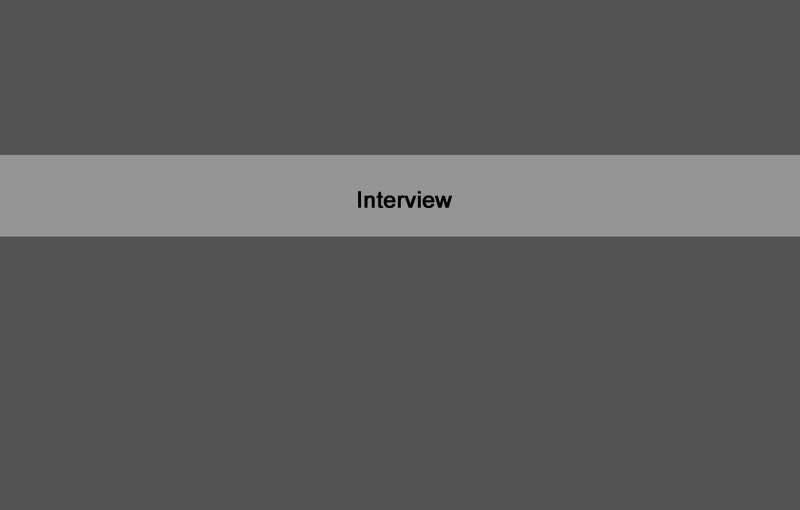 D.B.: At first I‘d Iike to know why you wanted this conversation to take place in the „Trattoria Madonna“?

I.F.: Well, first of all I do like this Trattoria very much. It is full of paintings donated by artists, who were‘nt able to pay their bills. Furthermore the food is excellent, genuine Venecian. And the restaurant is genuine Italian but still international. You can hear different languages and you‘re waited upon by polit staff.

I.F.: Yes, and that‘s a form of art as well. The Italians discovered good and healthy food before the French. Unfortunately the Germans do only think about Pizza and cheap Chianti - but the Italian cuisine has more to offer than this. Cooking and dining in a good atmosphere with lots of time is for me part of a good and sensible life and as that a special kind of art ...

D.B.: ... Where by we‘re back at our subject: You were telling us what you‘re thinking about while painting.

I.F.: Too much to be able to tell you all mostly I listen to music, classical (preferably opera arias and symphonies or something modern by Stockhausen) or pop-music and then my thoughts trail off. Very often I think about what a big mistake it is to think that artists lead a free and pleasant life. Firstly it is really very hard to earn money in this job and many are unable to make ends meet (thank God not me). But it‘s very hard to transfer your idea of a picture on to the canvas, so that it agrees with the fantasy of the picture colours, forms, lines - again you become restless, you‘d like to try something different, a different colour for example that‘s a big effort. Once I started to paint I usually can‘t stop and then paint 8-10 hours without break. After that I‘m totally exhausted and only sometimes satisfied with my works day. But there‘s always this negging doubt - whether I can do it even better or differently. Painting is a terrible psychic strain. And your‘re always alone with your painting ...

I.F.: I usually turn it off, when it gets tough. Then I need total concentration and calm. But it‘s not finished with the painting. You have to frame and present them at exhibitions. Not only is it a lot ofwork but it also costs a lot of money and constantly you have to calculate, plan and organize everything.

D.B.: Are exhibitions highlights in the Iife of a painter?

I.F.: They are necessary, so everybody can see and get to know your art. A catalogue is just a substitute and not everybody who is interested in my art is able to visit my studio. It‘s impossible without exhibitions. But I‘m happy once vernissage is over.

I.F.: Well, it‘s like during an exam or theater premiere: Will you get everything, you prepared across to the audience? Then everybody asks you - if you‘re present what this or that is the meaning of the various paintings. I‘m annoyed by those questions, because I speak through my paintings and really don‘t want to give any explanations. That‘s something others can do. You for example. Why do I paint, if I than have to describe them? Instead I would be a writer. My way of expression is painting, designing and modelling everything a so called artist is doing.

D.B.: Certainly a practical help to understand a painting are the added titles?

I.F.: Sure, and I have fun selecting them. But I would prefer the paintings to stay without, because they start giving explanations instead of leaving the mind open of the spectator. Many spectators look at the title first and only then at the picture. And if they don‘t like the title they go to the next one.

D.B.: Why then do most of the paintings have titles?

I.F.: It‘s a didactic help. Many people can‘t read art. I won‘t hold that against their thoughts. A subject, an artist tries to build his own world in his art, only his own. Letters and words are a mutual language from were one can start the process of seeing again.

D.B.: So art is harder to understand than a text?

I.F.: Yes, in a certain way. Their signs are not ruled by a gramm or that everybody knows and there doesn‘t exist not just one vocabulary. A painted picture is too complex - it includes the whole world in it while a text develops it‘s meaning part for part and sucessively. But that‘s why art is so impressive and fascinating - it takes us across the borders of our dullness.

D.B.: Is that perhaps the reason why so many people now a days start painting?

I.F.: Sure, art can help you to communicate with the world. But you must not forget many always stay „Sundaypainter“. They paint to distract themselves, to do something useful in their spare time or whatever. A professional artist paints because he can‘t live without. The result may be something beautiful - but it‘s the result of a big effort and a long consequence.

D.B.: Joseph Beuys once said: „Everybody is an artist.“ and the American Beatnik Kerouac said in the 60‘s: „You are a genious all the time“ and was referring to the reader ...

I.F.: With all respect to Beuys - I think it‘s „populistic rubbish“. I like it, when people enjoy painting, because of that they learn the elements at this language. But although everybody talks and uses language, we can‘t call us a writer. There is a difference between artists and amateurs, which lies in a professionality of the artists. They can‘t just stop painting and do something else. Thereby they would destroy the consequence of all their life, their whole previous achievement.

D.B.: Does that me that an artist is never able to stop being an artist?

I.F.: Of course, he doesn‘t know retirement. To be an artist is not only a profession but also an obsession, even torture sometimes, but of course, there are moments of happiness as well.

D.B.: What do you think of computer-art?

D.B.: Not very much: I believe that an artist has a very personal handwriting, the fact that somebody slowly creates something with his body and his expressive means can‘t be taken over from an artful binary code, even it‘s really good. I‘m not against technology, on the contrary. One should try everything, and I surely will discover many more artlanguages and bring them in to my world. But an artist shouldn‘t forget one thing: Art save humanity.

D.B.: That‘s a strong sentence, what do you want to express with it?

I.F.: I‘ve just explained it in short: It‘s the artist with his very personal effort, with his own expressive means, who gives the world interpretation and symbolic languages with the help of his body, his spirit, his hands. Man is no automation and because ofthat he‘s not replaceable. It‘s art itself that holds on to this very simple perception.

D.B.: What else do you think about whilst painting?

I.F.: Sometimes I have it out with the art business. I don‘t like it very much that only rich people or firms are able to buy my paintings, once they‘re bigger and more expensive. I paint for everybody, but not everybody is able to afford a real „Fracasso“. That‘s really bad, but what can I do? That‘s why I like to sell to museums or to places who exhibit my paintings publicly.

D.B.: Do you really believe that everybody is interested in art?

I.F.: I‘m quite sure. The people who don‘t go to museums are probably afraid, because they don‘t know how to behave there. But art is a basis language of man and it‘s in our blood to be interested in it. The artbusiness with all it‘s quarrels, trends, their proclamation of artists, who are „in“, „modern“ or „postmodern „, is quite separate from naturallife, the everybody life of the people and that‘s nowadays why art is for experts only.

D.B.: Doesn‘t that apply for literature, opera or for all arts as well?

I.F.: Surely, you find these experts in all areas. That‘s not what I mean. I wanted to point out, that especially art is entering a business that has lost all standards.

D.B.: In one respect you have to enter this artbusiness, to be approved of as an artist, on the other hand you‘d Iike to stay outside?

I.F: This is a terrible contradiction which I can‘t break up myself But I try to save myself I don‘t like to be pushed suddenly up and then a few years later I‘m out again, which happens to so many artists. I build on the hope that my work grows slowly but continuously. Like a tree that gets more and more rings. A good artist possesses consequence and diligence. I hope that the artbusiness discovers me without the risk of being swallowed once I possess both. An artist has to be resistent against quick success, which usually is superficial.

D.B.: Your pasta is getting cold.

I.F.: ... because I talked too much. I‘m able to talk about art for hours and everything that‘s connected with it. Unfortunately most people prefer to talk about superficial things.

D.B.: Does that mean: You enjoyed our chat?

I.F.: What, you already want to stop talking about art?

D.B.: At the moment, my friend, at the moment. I‘d Iike to concentrate on the meal now.

The interview took place on Mars, 30lh 1994 at Trattoria "Madonna" in Venice.